Nuclear participation is part of a credible deterrent Inspector General Eberhard Zorn on the situation of the Bundeswehr: From fighting pandemics and deployments abroad to national and alliance defense

The reform that the Bundeswehr needs today - food for thought Specialized forces in the army with extended basic skills There are political actions that achieve exactly the opposite of what they actually wanted. When the Bundeswehr offered to help the health authorities in the Corona crisis, one district in Berlin categorically refused: Bundeswehr inside, that doesn't work. That made the headlines, but made everyone even more aware that the Bundeswehr was in this [...] Assault rifle procurement - The problem is again in the details

The selection of the Suhl-based company CG Haenel as the supplier for the future standard assault rifle of the German armed forces and the revocation of this decision a few weeks later once again show the legal difficulties of procurement procedures in the armaments sector. Small details, such as drill holes for draining water, can be of decisive importance. At the same time, the strong media coverage [...] New operations headquarters in Poland: The V Corps of the US Army, previously located in Heidelberg and Wiesbaden, was decommissioned in 2013, but reactivated in February of this year due to increasing tensions with Russia. The permanent location of the Corps is Fort Knox, Kentucky. The tactical advance command of the V Corps will be based in Poznań, announced the Pentagon on […] The decisions taken at the NATO summit in Wales in the course of the Crimean crisis included the intensification of NATO-Ukraine cooperation, but also the signing of the NATO Framework Nations Concept, which aims to jointly develop and provide capabilities and capabilities on a multinational basis To advance forces for NATO. As a framework nation, Germany has committed itself to supporting various multinational projects [...] Dealing with and using technically and organizationally complex systems has always been part of the nature of air forces. In order to be able to act effectively in the future as well, the Air Force, as a driving force for digitization, is not only focusing on the technological potential of airborne weapon systems. There is also extensive potential in their properties and airports [...] GSP - The Bonn section on the way into the future

The unusual times of the global corona pandemic also influenced the Bonn section of the Society for Security Policy. Contrary to the general negative trend in the information environment, it should be noted on the positive side that the information evenings, now implemented as a hybrid event (permitted number of attendants and simultaneous transmission via the Internet), not only successfully continued the educational work, but also significantly increased the range [...]

Cooperation between the German and Dutch land forces

The German and Dutch land forces, in particular the armies that are often at the core of operations, have long been working closely together. Already at the time of the East-West conflict, as direct neighbors in NATO defense according to the General Defense Plan (GDP) in the North German Plain, they had practiced a close exchange since the 1950s. From defense planning with [...]

Search for words or phrases, headings, or a period: 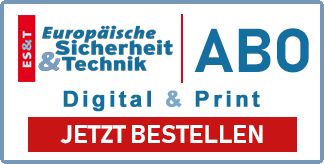 For information about online ad or options in issue expenses in our Media data.