Düsseldorf-based Rheinmetall AG sees great potential in expanding its portfolio of solutions in the area of ​​so-called loitering ammunition with the scalable technology of the Israeli partner UVision, as Jan-Phillipp Weisswange, Deputy Head of Press and Public Relations at Rheinmetall, said during a press conference on January 12 in Bonn explained.

Rheinmetall and UVision Air Ltd. had already concluded a strategic cooperation in the field of precision ammunition known as "Loitering Munition" on October 11, 2021. Loitering ammunition (literally: ammunition loitering or hanging around) refers to guided missiles that are launched and then, controlled by an operator, circle over a target area for a long time (loitering) and use electro-optical or infrared sensors to identify possible targets. If the operator recognizes a target, this is assigned via data link and attacked by the loitering ammunition.

The strategic partnership with UVision is being implemented operationally by the Rheinmetall subsidiary RWM Italia SpA with the aim of opening up the market for this precision ammunition in Europe and NATO, as Romano Ricca, Chief Business Development at RMW Italia, explained in the press conference. According to him, this includes the adaptation of the EU and NATO standards. Together with RWM Italia, joint production and further development is to take place in a future joint venture, and possible integration on land and sea-based platforms is to be implemented, for example on the platform of Rheinmetall's Lynx infantry fighting vehicle. Together with the acquisition of the Penzberg drone manufacturer EMT, the group is thus expanding its portfolio of flying systems for various purposes - armed and unarmed.

According to Rheinmetall, the loitering ammunition type of weapon can be used both in low-intensity conflicts with various threats - for example from the civilian environment - and in high-intensity combat against an equal or even superior opponent. The conflict in Nagorno-Karabakh between Azerbaijan and Armenia in the Caucasus from September to November 2020 clearly showed the potential of using such systems. At that time, Azerbaijan used the technology on a large scale.

According to Dagan Lev Ari, Director of Marketing and Sales at UVision Air Ltd., the development of precision guided missiles dates back to the 1980s. According to him, the threat posed by such weapon systems and their potential were only recognized during the Nagorno-Karabakh conflict.

According to the manager, development goals for the loitering ammunition of UVision's Hero series were a precise and high weapon effect tailored to the needs of the troops with minimal collateral damage, as well as protection of the own troops with high reliability at the same time. According to Lev Ari, Hero combines the advantages of an unmanned air system (UAS) with that of a guided missile system. The products of the Hero series are portable and therefore easy to deploy and commission. Both land and sea platforms could be used.

According to the manufacturer, the simple operability with a hand-held control unit also allows the direction of the attack to be largely freely selected. In addition, an attack from above (Top Attack) can take place. The operator can still abort a mission until shortly before the final impact on the target. After that, the ammunition returns to loitering due to its particular aerodynamic properties. After the final abort of the mission, the system can be returned to the ground by using a parachute, where it can be picked up and prepared for a possible new mission.

The Hero system is started quietly with compressed air and therefore has no detectable dust or smoke emissions. It has a low signature and, due to the electric propulsion, does not trail a rocket tail. The control can be scaled from 5 km to 60 km according to the customer's requirements in terms of usable frequencies and range by using different ground stations. It is also possible to transfer control from one operator at the start to a second near the finish.

According to Dagan Lev Ari, Hero is also suitable for combating moving targets on land and at sea. It can be used independently of the availability of GPS. Constant monitoring according to the "human-in-the-loop" principle also ensures that the operation is continuously recorded on the ground station and provides evidence of compliance with the strict rules of operation. For the development goal of simple control, UVision offers supplementary training systems for training operations without active charge as well as software-supported training modules for operator training.

According to UVision, Hero is already being used by various customers and has also proven itself in real combat. The weapon effectiveness of the systems, which are designed according to possible flight times, payload and range, ranges from an active charge of 0.5 kg in the easily portable Hero 30 system to armor-piercing warheads in the Hero 120 and tandem warheads in the Hero 400, which can be used against bunkers or those protected by concrete Goals. The lighter models are portable and, as precision ammunition, can also be carried by infantry forces.

Founded in early 2019, UVision USA Corporation is scheduled to produce the Hero family of ammunition for the needs of the US armed forces in the United States from mid-2022. The US Marine Corps has tested the system as a precision system for long-range weapon effects (Precision Fire Capability) and will integrate the Hero 120 LM system on the LAV-25 mortar carrier.

Cooperation between Rheinmetall and Northrop Grumman

First boxer goes on the trip to Australia
new releases 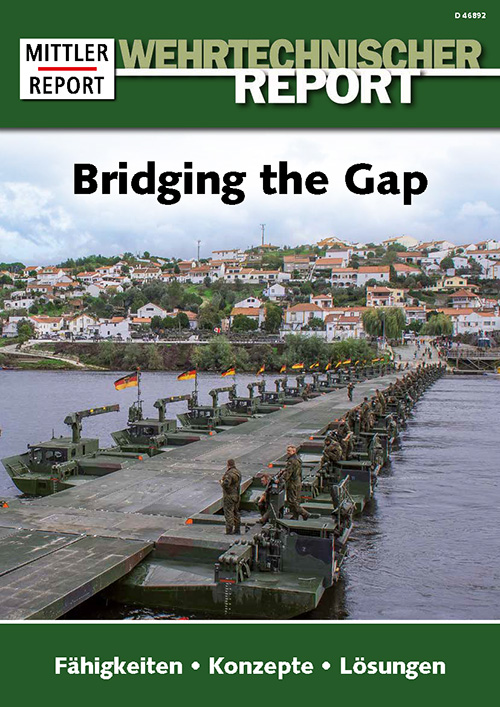 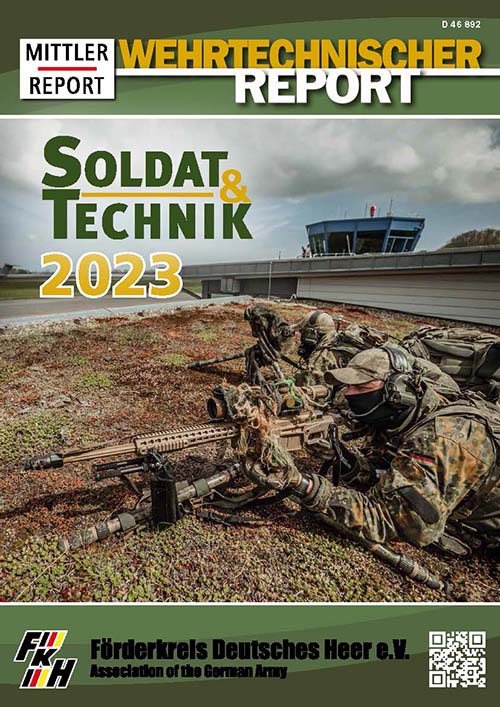