In a post Contribution the training center of infantry on the website of the Bundeswehr was known between the lines that hunters associations are the future equipped with heavy weapons carrier Boxer basis.

Several years ago were the trade press - for example in the Bundeswehr Technical Report Service branches of the Army refer evidence that the army thinks about the procurement of a boxer with a machine gun turret -.

So wrote specialist authors from the Department of the Office of infantry army development, referring to the future necessary skills Jägertruppe:

"The used so far in Jägertruppe weapon carrier Wiesel a new, heavy weapons carrier, based on the GTK Boxer to be replaced by the procurement. This heavy armor bearer should be in its capabilities and parameters similar to Puma infantry fighting vehicle. Equipped with a powerful automatic cannon and anti-tank means this combat vehicle is designed to improve the skills of Jägertruppe and significantly increase efficiency and protect the infantry. There is the possibility the vehicle as a weapon carrier within the heavy fighter companies or as a support vehicle use within individual units of the hunters companies so as to increase their assertiveness considerably. Especially the heavy fighter trains have to be considered, since they make a significant contribution to education and anti-tank at the unit level. "

At the industrial exhibition accompanying the days of the infantry in 2018 potential solutions the industry could be considered for such a boxer. Krauss-Maffei Wegmann presented a boxer with an unmanned turret, as it is also used on the Puma. Rheinmetall presented a solution before a manned Lance tower as it is currently acquired by Australia. Since then, the considerations of the army have progressed.

The research of the European Security and Technology have shown that the army calls for a manned turret for these boxers. This should in addition to a 30-mm automatic cannon and the ability required for anti-tank - solved by the built-in tower antitank guided missiles MELLS - have.

Organizationally, the heavy weapon carrier for all hunters associations and equipped with boxers Gebirgsjägebataillon 231 (Bad Reichenhall) are provided, the remaining infantry units receive the planning according to the Luwa (Portable air weapon carrier).

It is heard that per battalion twelve vehicles are provided which in the heavy à company in three trains four vehicles are to be organized. Currently, there are two trains à six Wiesel (a train and a train Wiesel MK Wiesel TOW or after completion of the modernization MELLS).

Thus, each light infantry company would be for the combat division in the future, a train of heavy weapons support (four boxers with machine gun and MELLS) as a highly mobile Feuerunterstützungs- (extensive flat fire) and anti-tank element. Each vehicle could take over both roles and this because of the more powerful weapons more effective than the weasel. As an occupying three soldiers (driver, gunner and commander) are provided per vehicle.

First tranche of boxers handed over in Australia 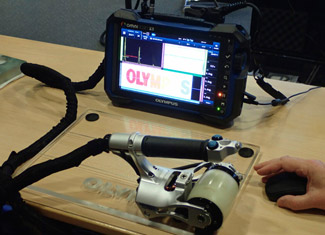 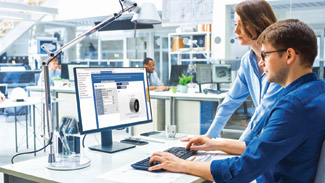